February 12, 2020
My August trip back to SNA was a great success, and after that I took advantage of my remaining few weeks off before returning to school and work to properly relax for a bit. Of course, it was a whole three weeks, so it would be silly to think that I wouldn't get out once more to look for more birds while I wasn't busy eating as much chicken adobo and Bicol express as possible.

Nikki and I took a weekend trip to Baguio on August 24, mostly to enjoy some mountain air and do some food tripping. We did spend an afternoon at Camp John Hay, one of the better birding spots in the city, where we went for a hike and saw some nice endemic birds, including a mixed flock with Elegant Tits, Blue-headed Fantails, Citrine Canary-flycatchers, and Sulphur-billed Nuthatches, the latter one of my favorite Philippine birds. I tried looking for Red Crossbills and Benguet Bush-warblers, but with no luck- the rain we ran into didn't help with that. 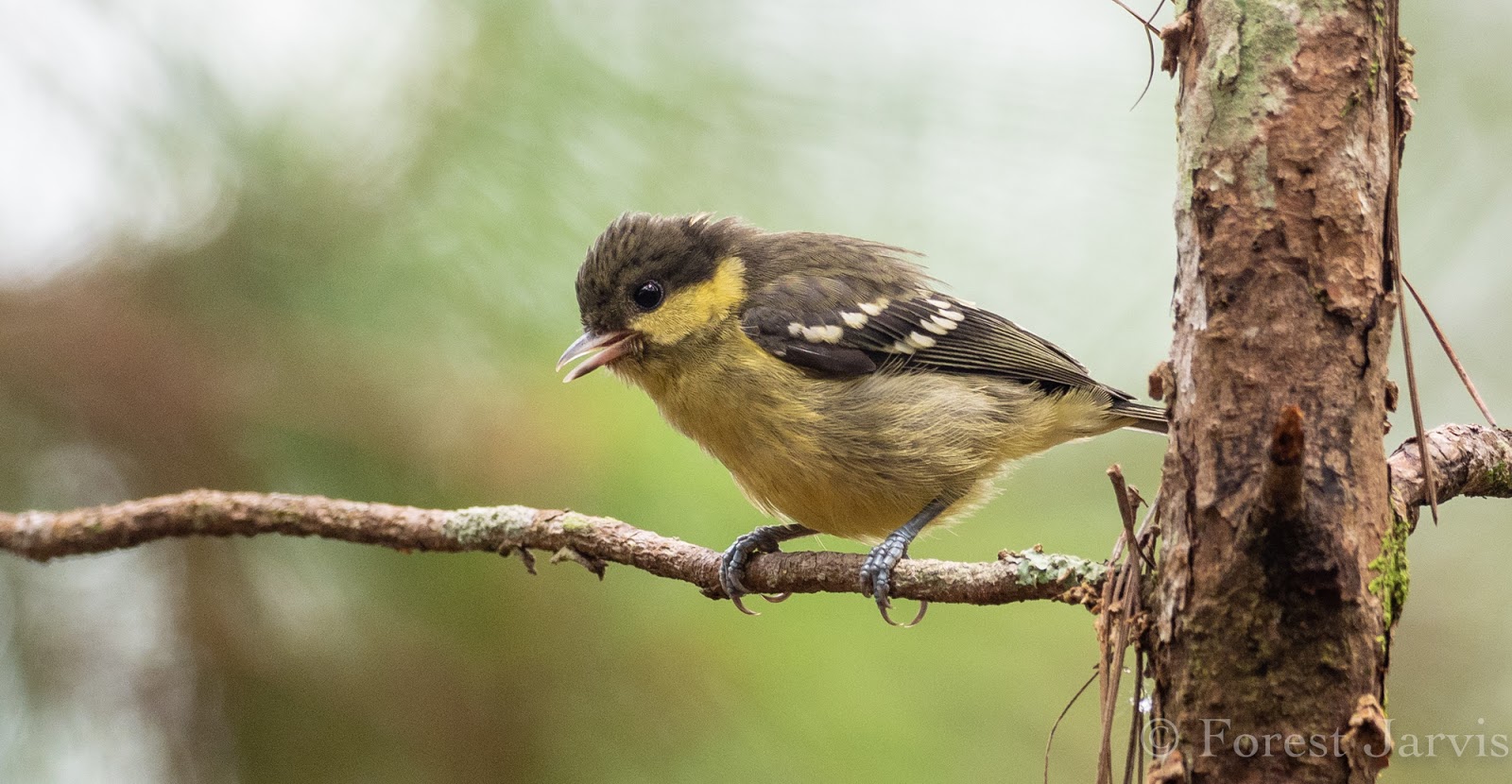 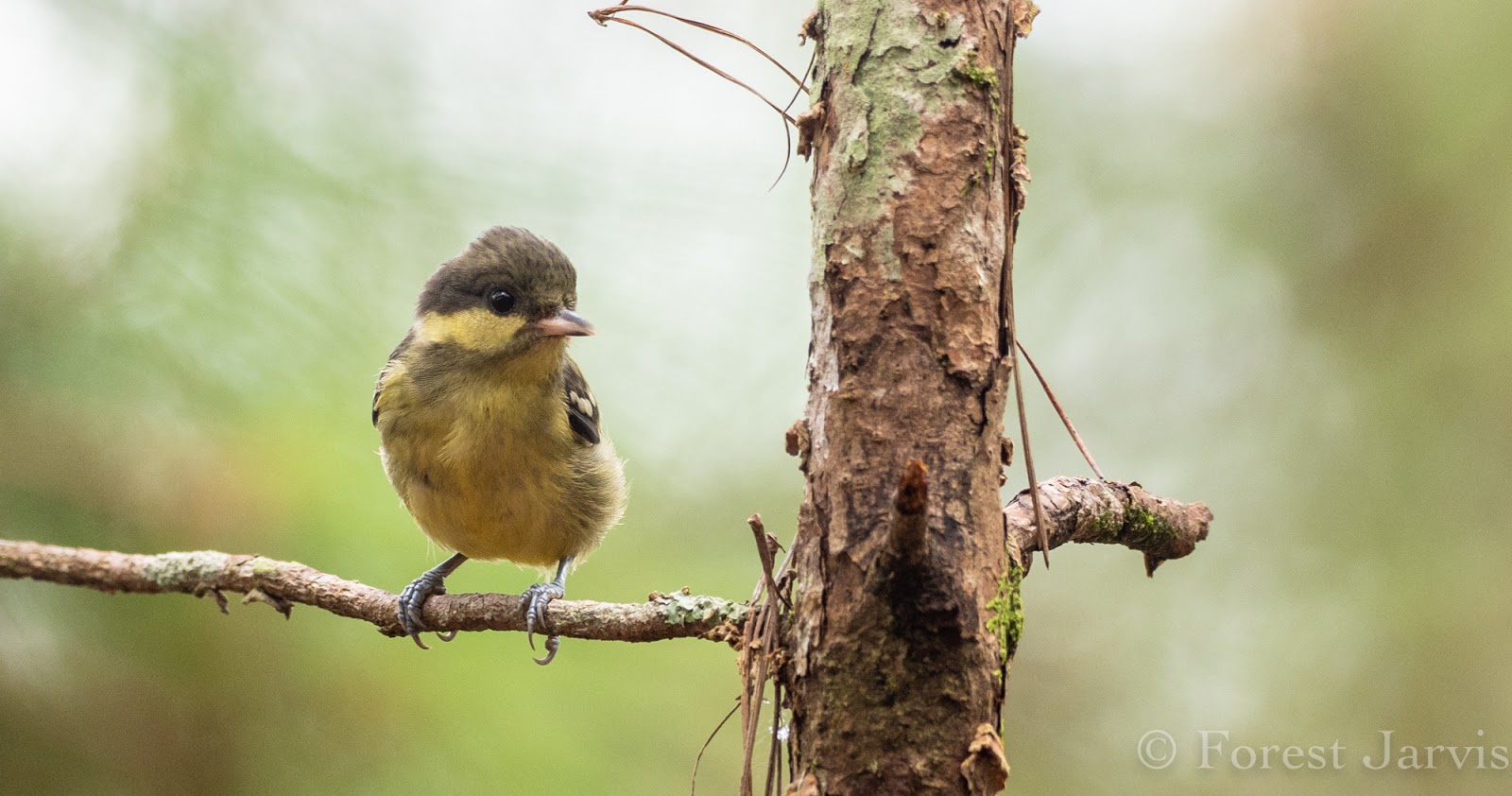 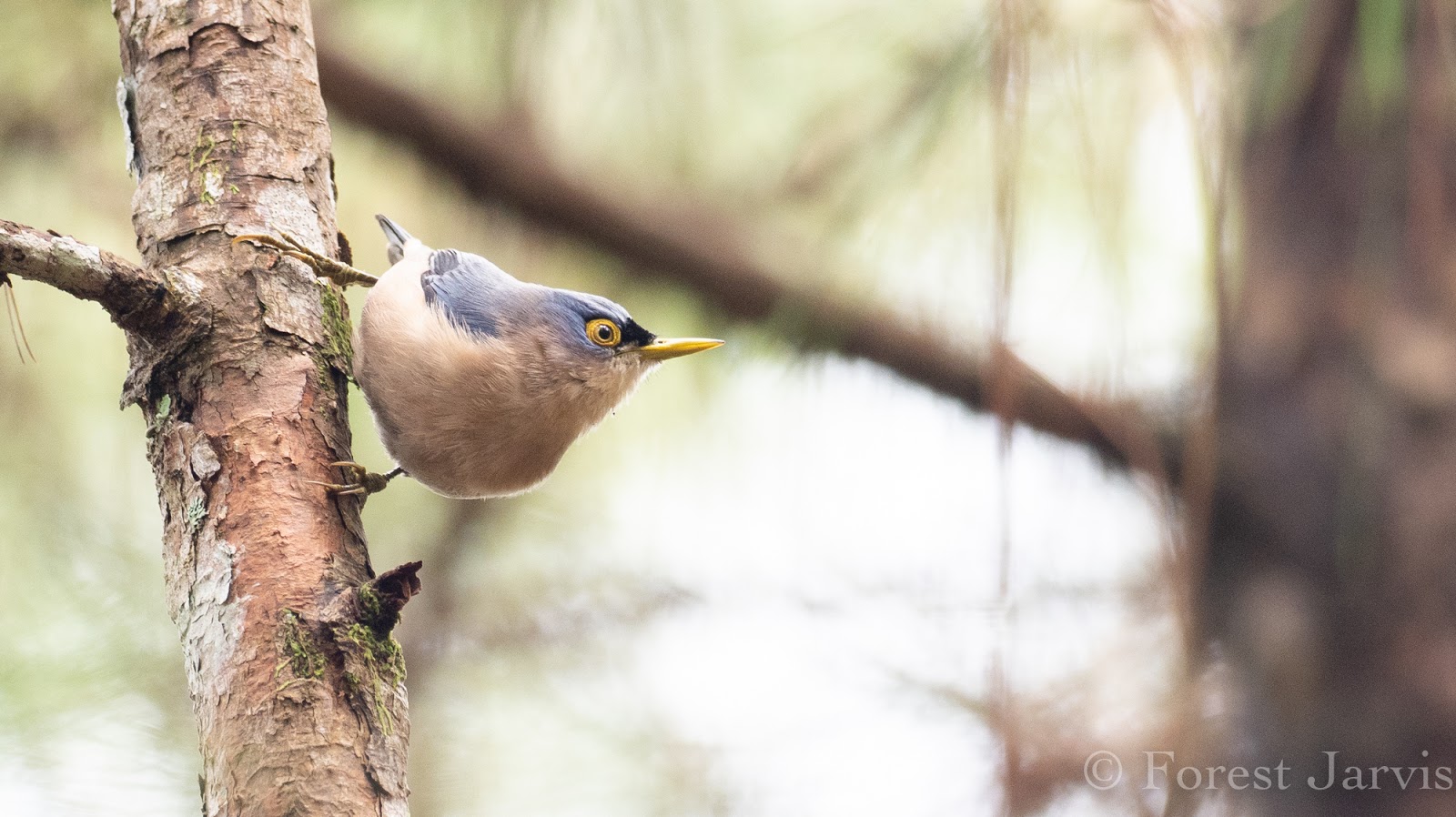 On my last week, we took a trip with Irene to Infanta, Quezon, probably the best place for a birding day trip out of Manila. My main targets were Luzon Scops-owl and Flame-breasted Fruit Dove, which I'd managed to miss or hear only on my many previous visits. We departed Manila at 2 in the morning to arrive at the birding site before sunrise, and we heard a Luzon Scops-owl calling almost as soon as we got out of the car. What followed was a frustrating hour of walking up and down the road and clambering up the steep hillsides in an effort to get a proper look at a scops-owl, while it displayed its talent for calling from only a few meters away without actually revealing itself. I finally got a decent look at one as it flew from one side of the road to the other, good enough to call it a lifer although I didn't get a picture.

The early morning was rather quiet, as Infanta so often is. We spent a while looking for Flame-breasted Fruit Dove, and while we heard it calling, it remained out of sight as it has every time I've tried for the damn thing. There were fewer mixed flocks than usual, so I wasn't able to add as many new birds to my year list as I'd hoped. One did come through with Blue-headed Fantails, Yellow-bellied Whistlers, and Lemon-throated Leaf Warblers, which was much appreciated.

Probably the highlight of my morning was our very close encounter with an unusually tame Scale-feathered Malkoha, certainly one of the strangest and best-looking Philippine endemics. They're usually seen far away in the canopy or at awkward angles, but this one stayed at eye level for several minutes, letting me get my first good pictures of this species- nearly enough to make up for dipping on the fruit dove once again. 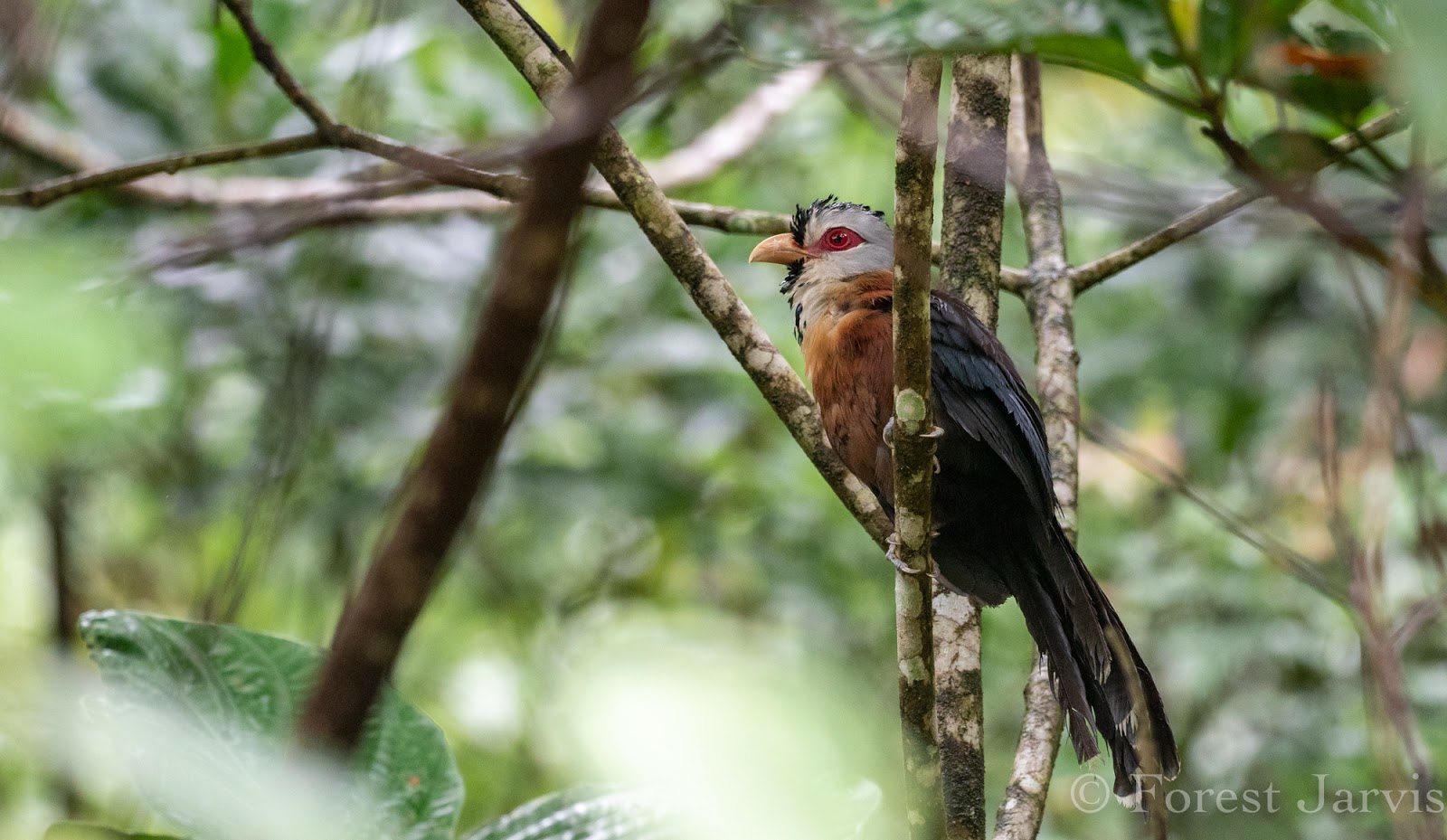 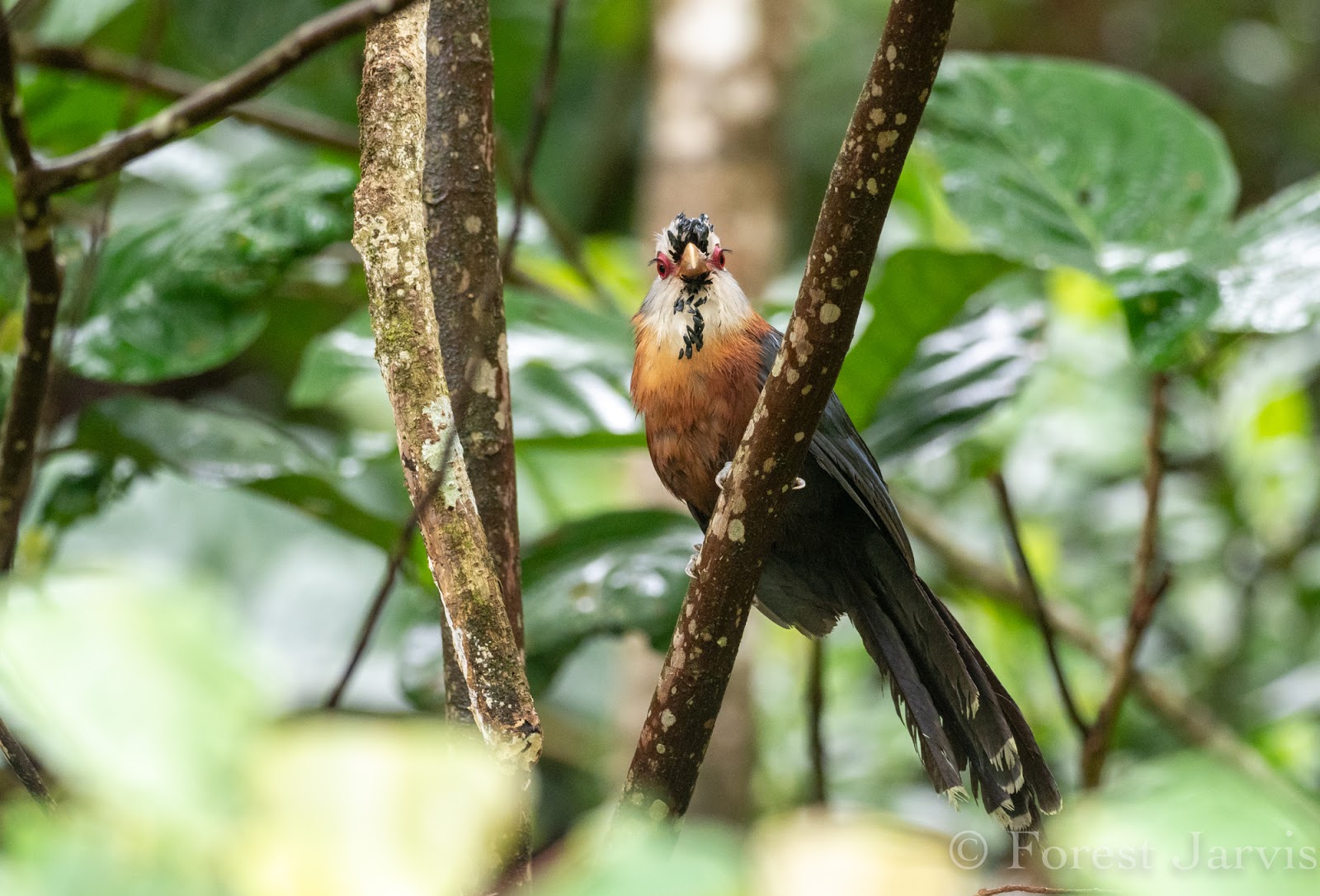 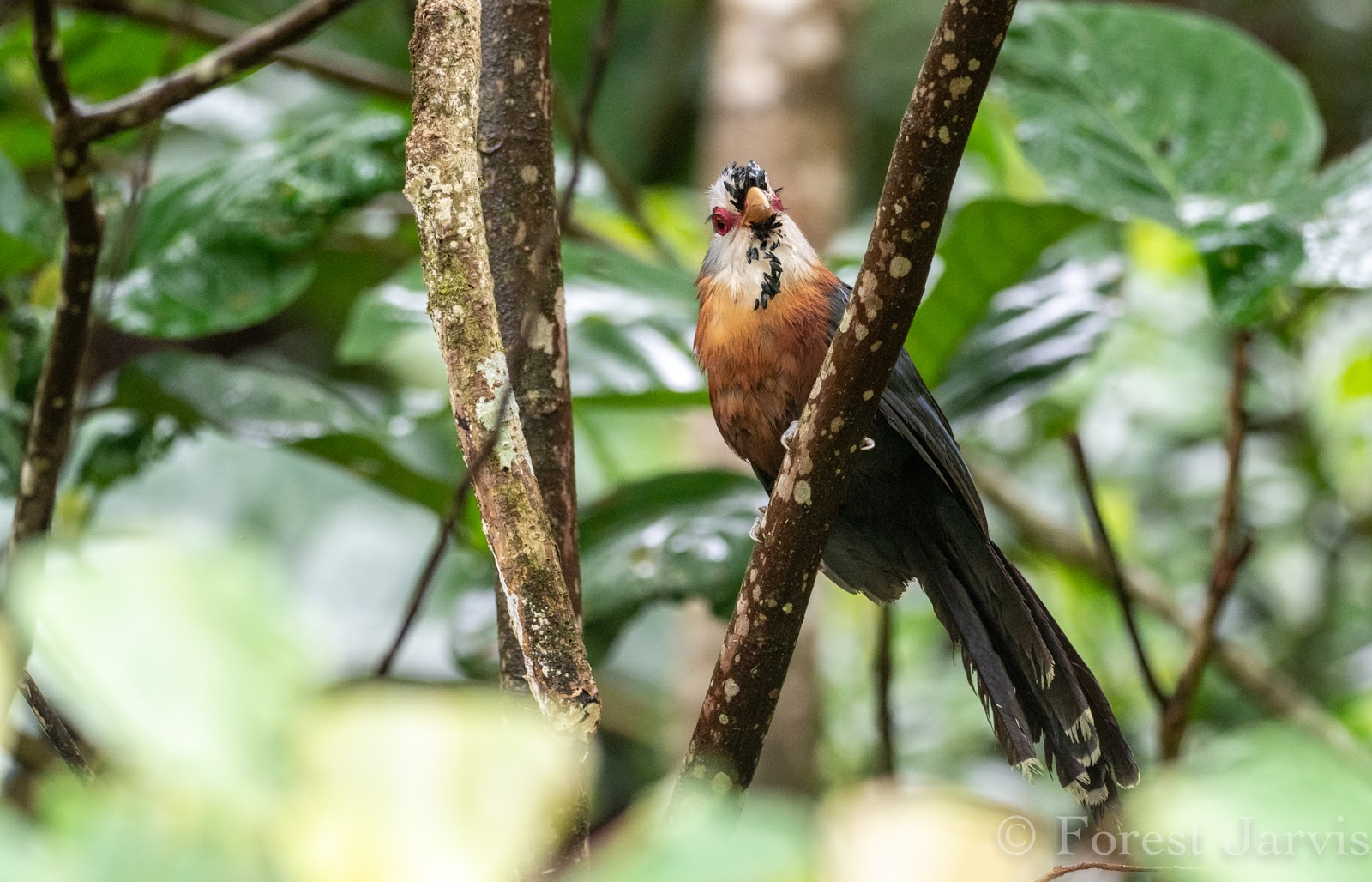 The remainder of the morning was fairly quiet, although we also got unusually good looks at a Grey-backed Tailorbird, much more often heard than seen in Luzon. We also got good looks at a Tawny Grassbird, a female Flaming Sunbird (not quite as spectacular as the male), another mixed flock with Elegant Tits and Blue-headed Fantails, and a very cute Buzzing Flowerpecker. The best non-bird find of the morning was a pair of mating Pyrops polillensis, strange endemic lanternflies. 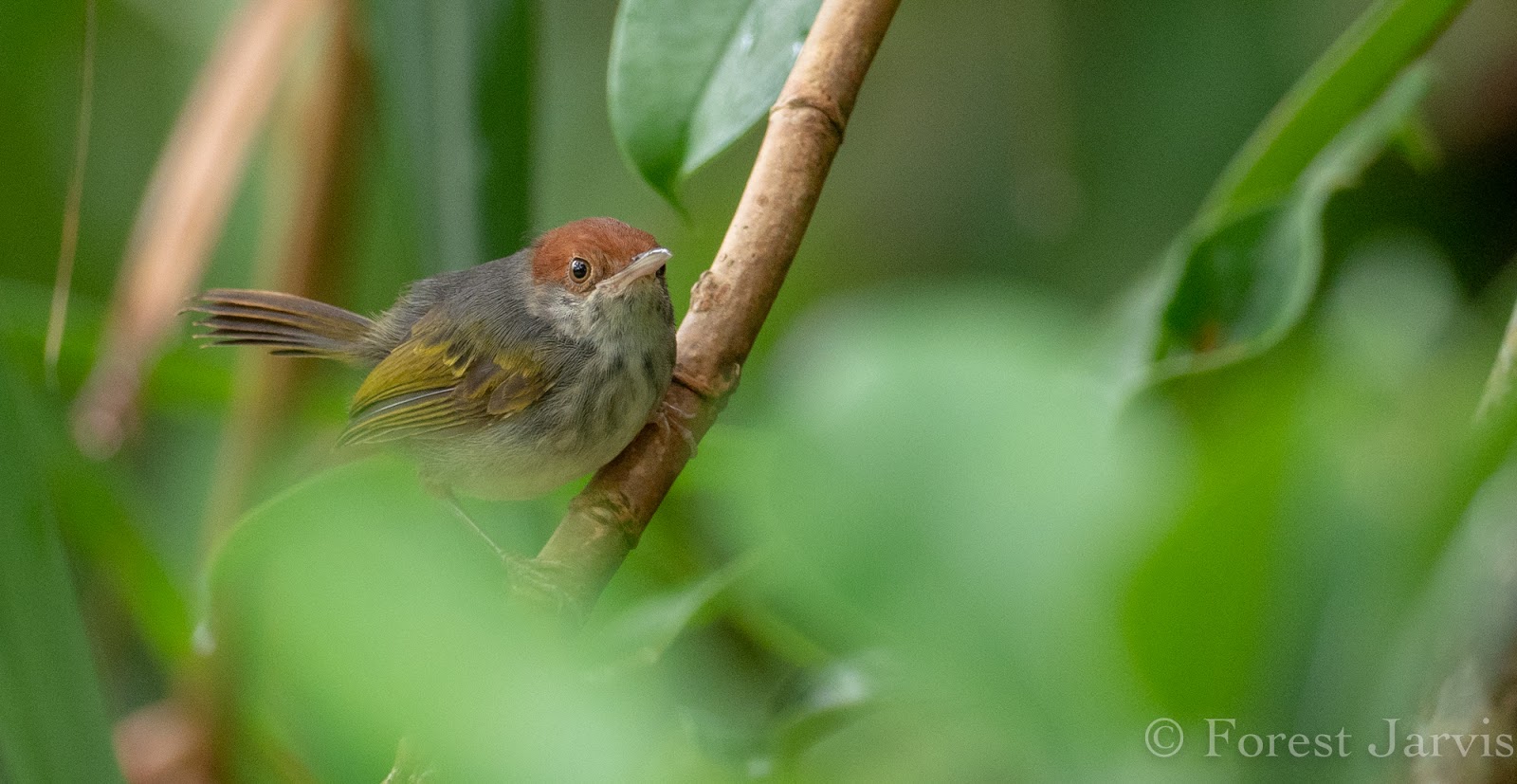 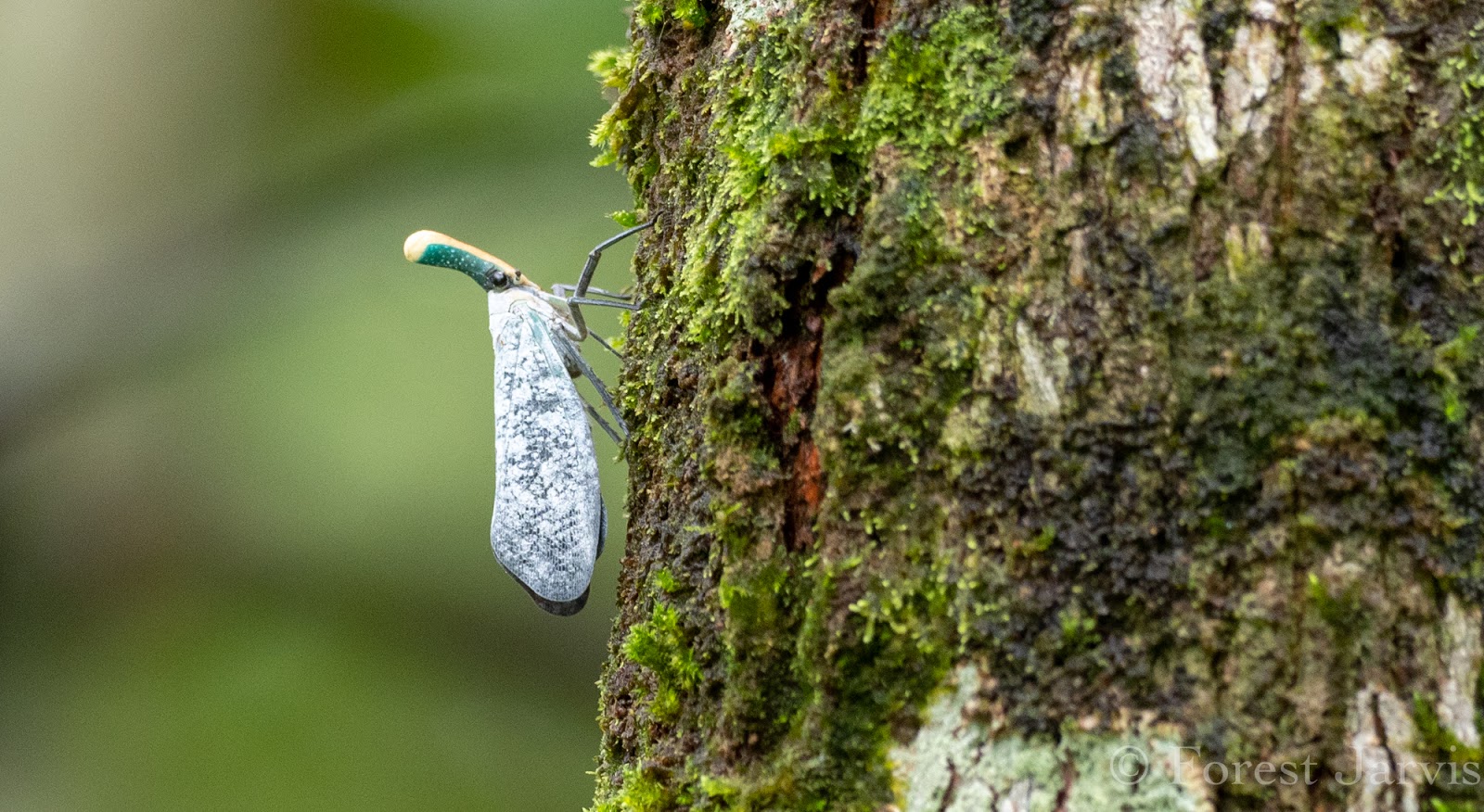 We left back to Manila in the early afternoon, and I spent the remaining afternoon and my final afternoon in the Philippines getting some rest and buying last-minute souvenirs. Returning to the Philippines after nearly a year felt like coming home, and I was incredibly lucky to have the month there that I did. If nothing else, it's nice to look back at as I suffer through yet another United States winter...

Popular posts from this blog 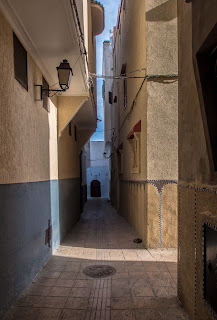 "So he who does an atom’s weight of good will see it, and he who does an atom’s weight of evil will see it."
Zilzal 7.8, Quran
It's been about two and a half weeks since I arrived here in Morocco, but it feels like I've been here for months, in both a good and a bad way. On the one hand, I'm sitting in a house I virtually have to myself in one of the coolest neighborhoods I've ever visited, typing a blog entry after just being well-fed and finishing up one of my last essays of the semester (not that I had many to begin with). On the other hand, there's no internet here, I don't really know whose house I'm actually staying in, and the street children won't stop setting off fireworks in unsafe locations. In other words, it's really just the creature comforts that are getting to me, so I really have no room to complain about anything.
But that's getting way ahead of myself.
My group departed Vietnam in the afternoon of the 22nd, and began our…
Read more

So I'm in Ethiopia now 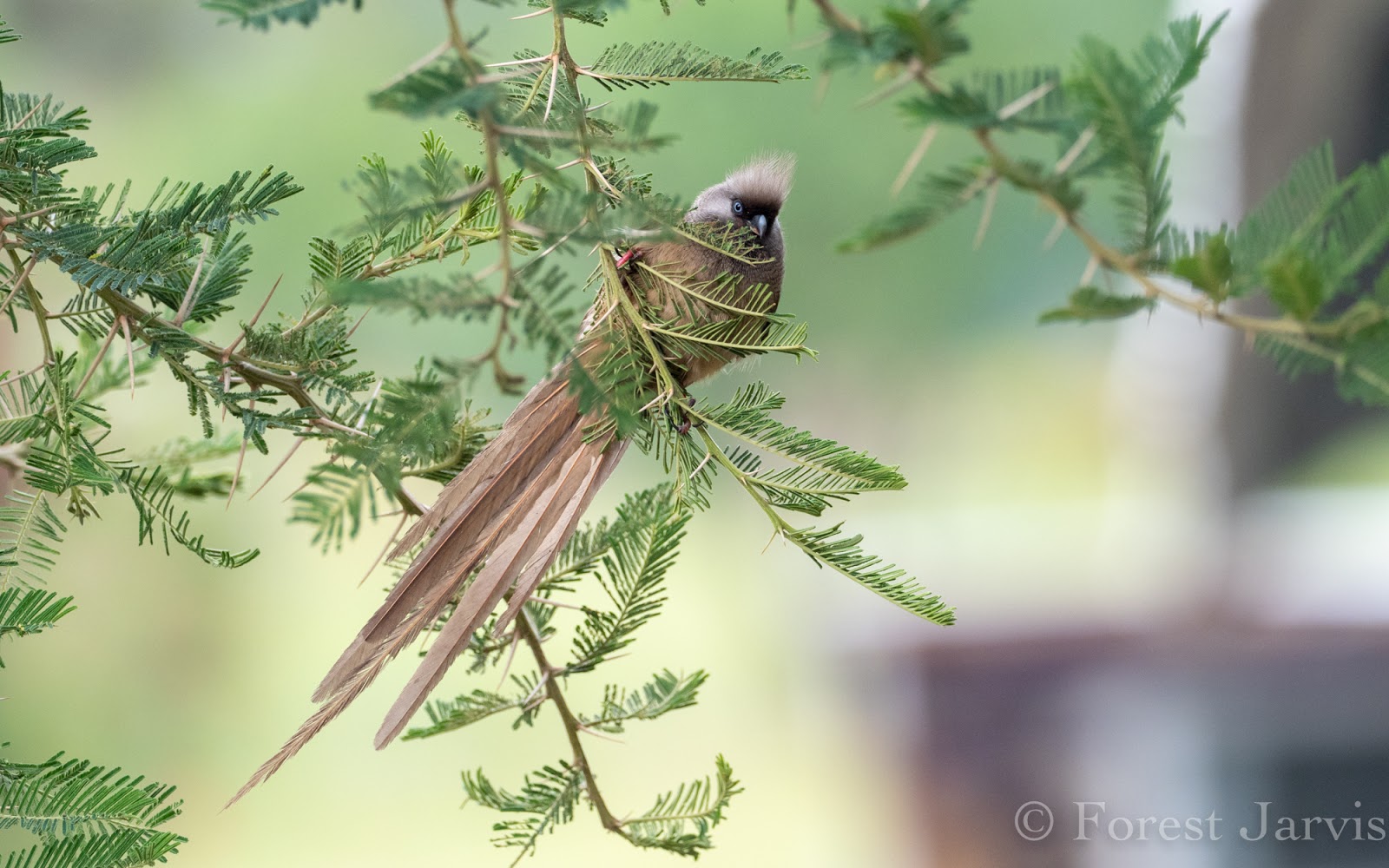 Today marks exactly a month that I've been in Ethiopia, where I'm doing a summer internship for a development-related NGO. Needless to say, it's been quite a change of scenery from life in Washington DC- or the Philippines, or anywhere else I've been, really. My only previous experience in Africa was on my brief time studying in Morocco, which of course is a very different country than Ethiopia, both countries' excellent tea notwithstanding.
In fact, Ethiopia is a very different country in general, something most foreigners don't appreciate, especially those who are aware of it only in the context of marathon runners and tasteless jokes about famines. Humans have been here since before they were homo sapiens (Lucy was found here!), and it has one of the longest written histories of any country in the world, developing its own system of writing sometime in the 9th century BC- a script that remains in use today, one of the oldest extant writing systems in the w…
Read more 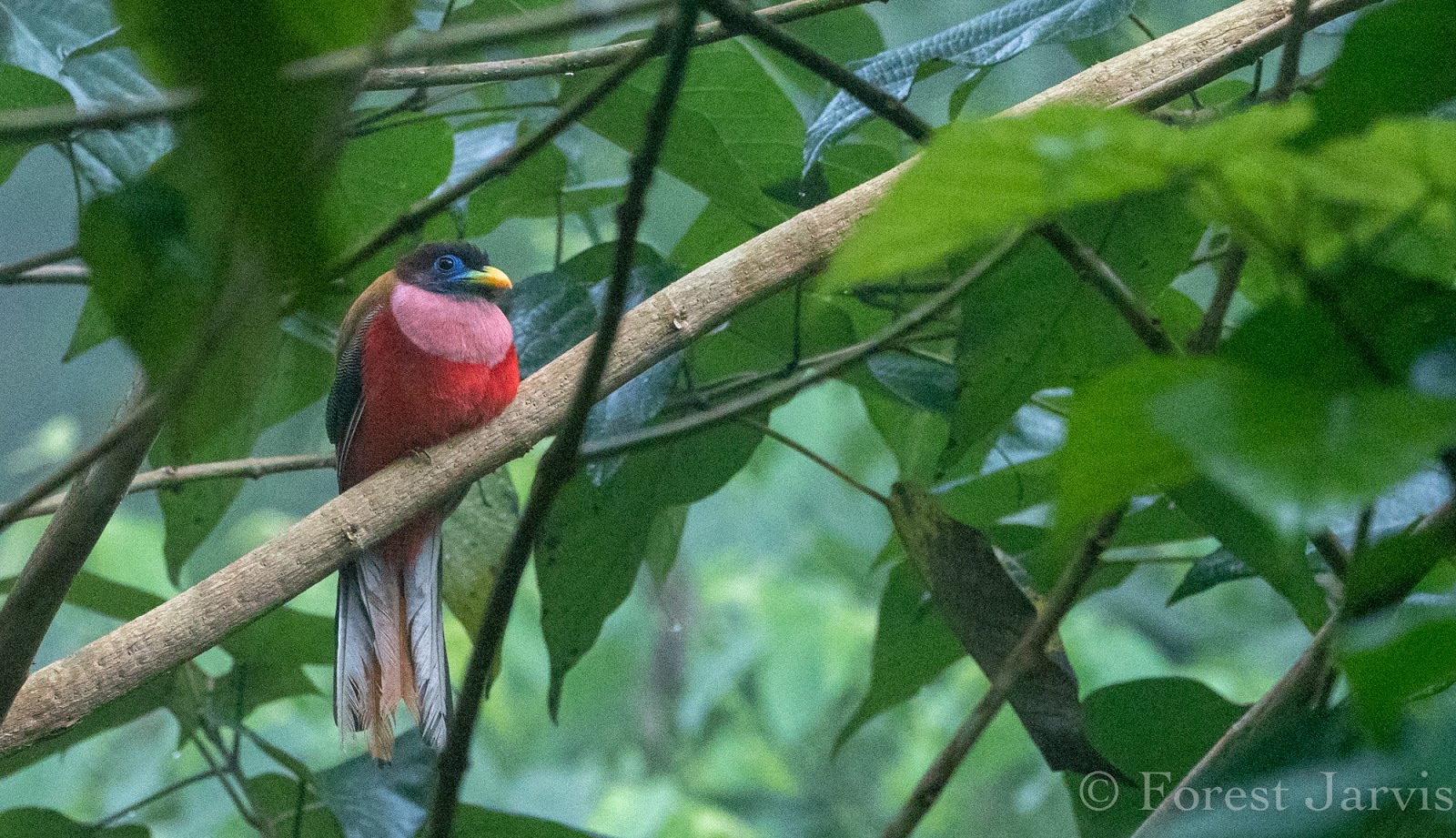 Ever since I decided to spend time in the Philippines after my summer work in Ethiopia and my trip to Indonesia, it was pretty obvious that some of that time would be in Mindanao- I certainly wasn't going to be in the country for two and a half weeks without visiting my former home. I unfortunately only had limited time due to work and other commitments, so the main question was where to go. Ultimately, it wasn't a difficult decision: of course I was going back to my old haunts in Senator Ninoy Aquino, still my favorite birding spot in the Philippines and possibly in the world.
Shortly after we returned to the Philippines from our trip to Indonesia, I hopped on a flight to General Santos on the morning of August 18. From GenSan, it was a bus ride to Tacurong City, where I met up with some of my old birding friends from Sultan Kudarat then got on the van to SNA. There's unfortunately still no such thing as a "nice" drive to SNA (unless perhaps you have a private…
Read more